Wilson Aurbach graduated from Baylor University with a degree from the University Scholars Program. He received his J.D. from the University of Texas School of Law where he served as an Associate Editor of the Texas Review of Law and Politics. He was also a member of the Board of Advocates. Mr. Aurbach spent the first several years of his practice at a large firm where he handled high profile commercial litigation matters for Fortune 500 clients and high net-worth individuals.

A lifelong Dallas resident, Mr. Aurbach also makes a difference in the community. In addition to serving as a Board Member of the Vickery Meadow Learning Center, he volunteers his time on pro bono matters and participates in the Dallas Volunteer Attorney Program. Mr. Aurbach was also the 2006 Republican Nominee for United States Congress for the 30 District of Texas. 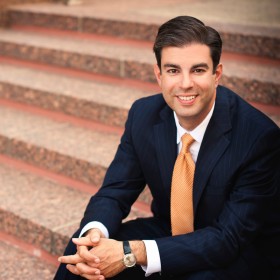